Skip to content
So what do you think?
By Taffy Brodesser-Akner, REDBOOK
Every few weeks, I make the time to talk to my husband, quietly and patiently, about the towel situation, which is this: Whenever he bathes our son, he uses a new towel. He takes it from the linen closet, dries the boy, and puts it on the hook behind our son’s door. Instead of reaching for this barely used towel after the next bath, he takes a new one, which he then hangs on top of the previous ones. 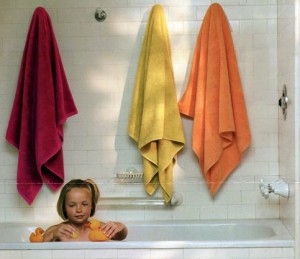 When I talk to him about it, I outline exactly why this makes me so frustrated and ask clearly and lovingly for what I need: For him to remember to bring a towel from our son’s bedroom to the bath so there will always be enough clean towels for the rest of us, and we can do laundry less often, which will save us time and money.
Each time we talk, he agrees to my request. So why, when he is caught not doing the very thing he has agreed to do, am I greeted not with an appropriate word like sorry, but with a horrible, totally inaccurate word like nag? I don’t think I nag. I remind! I suggest!
Let’s remember, too, that nagging is inherently a chauvinistic word, used for women but never for men. My husband argues that this is because men don’t do it. I say it’s because women comply with requests the first time.
Yet… I hear myself–reminding, suggesting–and wonder, When did I become this person? Because just between us, I can admit it: I do nag. It’s the simple request to take pictures of the kids more often so the burden isn’t on me. It’s the frustrated plea to put the medicine away out of the reach of the 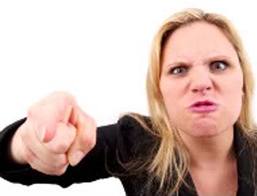 children, and so we know where it is when we’re awakened by a baby with a fever. It’s a gentle reminder to hit SAVE so I don’t have to hear middle-of-the-night cursing as my husband’s 2,000-word document disappears into the ether. It’s the little things I need help with, the small tasks so innumerable that they’ll never get done, if not with some assistance.
Don’t get me wrong–my husband can be excellent at anticipating my needs. He often wakes up early to make a family dinner so that all I have to do is reheat it 12 hours later. But the needs he hasn’t anticipated, the ones I have to ask for, seem impossible for him to meet.
Maybe the asking itself is the problem. Every interaction between two people has two dimensions, according to Deborah Tannen, a linguistics professor at Georgetown University and the author of You Just Don’t Understand: Women and Men in Conversation. One dimension: Is this interaction bringing us closer together or pushing us farther apart? More aptly, the other is: Who’s in a one-up or one-down position? “Those who have studied kids at play have observed that boys’ groups are more obviously hierarchical,” Tannen says. “If you tell someone to do something and he obliges, your status is up. If you take orders, your status is low.” So that means when I ask my husband to do something, he might perceive that he’s being taken down a notch. I’m not sure what to do with this, and Tannen doesn’t offer me anything beyond telling me to bite my tongue. But at least I have one theory as to why an intelligent, liberal-minded man is so stubbornly refusing to honor the tiny wishes of the wife he loves.
“The laws of logic don’t apply to nagging,” says economics journalist Paula Szuchman, coauthor of It’s Not You, It’s the Dishes. “You think saying something over and over will motivate the person to do it. But if you’re just nagging me and I don’t feel any reward for doing it, the only reward is not being nagged. Is that really a reward?”
Szuchman advises me to trust that my husband knows what I want and to wait for it to happen: “People are motivated by trust. If they feel trusted, they’re more likely to do something.”
But I already have empirical proof that if I do nothing, it won’t get done. This is how we got here! Szuchman points out that I don’t have proof that isn’t bookended by nagging.
So I’m just supposed to wait?
“I know,” says Szuchman, who is also married. “It’s absurd.”
When I share my bathtime saga with Eric E. McCollum, Ph.D., a professor of marriage and family therapy at Virginia Tech, he concludes that I’m not really asking for help with the towels. “Sometimes nagging is a behavioral attempt to approach an emotional problem,” he says. “The changes we’re asking for may be justified–it makes sense not to use a new towel every day–but the underlying emotional issue is that we want to establish a connection and make clear our importance in our partner’s lives.”
In other words, what I really want is for what I say to mean enough to my husband for him to listen. I’m skeptical. My husband and I are very close: We laugh together, talk all the time, and agree on most issues, big and small, including that we’d both like a cleaner house. I pride myself on straightforward communication. (I write personal essays for a living–I’m good at this!) But McCollum says there’s a subtext to my requests. “You’re saying, ‘Show me that I’m worth paying attention to,'” he explains. The problem with that? “Asking for closeness by complaining is not particularly useful. Reformulate those requests,” he advises. “Say, ‘I need to know that I matter around this issue.'”
So I have three mandates: Bite my tongue (from linguist Tannen), ask once and don’t repeat (from economics writer Szuchman), and say what I really mean (from therapist McCollum). Two of the experts think I should shut up, and the third wants me to dig deep for my real issues. No one suggests that I continue to needle my husband indefinitely.
I decide to start over and learn how to communicate effectively in order to–let’s be honest–get what I want. The rules: For 30 days, I won’t ask for anything I’ve already asked for. I won’t remind my husband what needs doing or what he has agreed to do. I will not look disappointed when things don’t go the way I wanted. Hopefully, I will triumph in the end. I tell him my plan. He smiles. “I am 100 percent behind this,” he says.

It’s not going well. I try to bite my tongue, but I can’t seem to swallow any kind of discomfort. “Did you forget to get a used towel?” I ask my husband, who is bathing the kids. No answer. “Did you forget that we talked about this?” He sighs. I think of my younger sister, who says that when I’m trying to control my temper, I speak as if I’m talking to a small child. I call this my “good communication voice.” Maybe I should rename it. Days later, after this very same conversation, my husband reminds me that other wives might thank their spouses for bathing the kids in the first place.

The towels again: two new ones for the kids’ bath. I am overwhelmed by the audacity of being ignored. I chain the door every night, I turn the lights off when I leave the room, all at his request. Why? Because these are totally reasonable asks. In a forced-chipper tone of voice, I say, “It’s just as easy to get the towel from behind the door as it is to get a new one.”
He looks confused. I explain, again, what he has agreed to do. He shrugs. It occurs to me that he could be one of those guys who seems forgetful but has actually had a series of strokes that have gone unnoticed. I mention this.
“I never get tired of talking about towels,” he says. So he does remember.

I’m thinking about what McCollum, the family therapist, said: that my nagging isn’t about nagging, it’s about mattering. Hmm. My husband and I both work, but I’m the one who rushes home so our sitter can leave; I’m the one who cancels meetings to go to a party at my son’s school. My husband respects that I work, and appreciates it. But maybe I’d also like a show of understanding that the burden for the house and kids is on me. Maybe I’m just grumpy, and a little bit bitter. Would I care so much about the damn towels if I didn’t feel this way? Probably not.

I decide to stop caring about the towels. But a barrage of other criticisms come to the surface. For three days straight, I cannot stop commenting on my husband’s behavior: the way he eats, the way he drives, the way he’s always late. I am out of control.

Apparently, I’m not over the towel thing. It doesn’t bother me as much as it did before–how could it, when I have so much else to criticize?–but when I notice it, I decide (perhaps passive-aggressively) to use McCollum’s advice. “I don’t understand why you won’t stop using towels like they’re tissues,” I say. “I need to know that I matter enough for you to try to change this. Isn’t my time important? Doesn’t it matter to you?” He says of course my time matters, that he’ll try harder. That’s something, right?

Weighing all the advice I’ve received, it occurs to me that marriages, even when they’re equal, are not perfectly so. And that’s when it hits me: The only way to stop nagging someone is to stop nagging them. McCollum was probably right about my intentions, but I think Tannen and Szuchman were right when they said I should just keep my mouth shut. Then something else occurs to me that I never really forgot but hadn’t necessarily remembered, either: I love my husband.
When I remember that, I remember that our relationship is not about our house, or our kids, or towels, or bills, or commutes. It’s about two people who ultimately want to make each other happy. Why does he bathe our son? So I won’t have to. The next time he undresses him, I take the towel from behind the door and set it in the bathroom. He looks up at me. His eyes crinkle nicely at the corners–something I noticed the night we met. “Thank you,” he says.

I was supposed to not nag my husband for 30 days. Instead, it took 30 days to learn how to stop. (In case you missed it: Stop nagging by no longer nagging. Seriously, swallow it. Walk away if you have to. Cover your mouth with your hand. Burst into song. Try it–really.)

I don’t nag anymore, not really. I thought this was a story about how to get my husband to do things without having to repeat myself, but it’s actually a story about the push-pull of our intentions and our impulses: a clean and orderly house, yes, but at what cost? And really, it’s a story about facing our own hang-ups. I learned that even my passive aggression has passive aggression. But once I saw what was in it for me–freedom from anger, hurt, and frustration–it got easier to let things go. Now when I ask for something, I ask once, and I am sure it’s something I really need done and not the symbol of something I need done. Truly.

Over dinner with friends, someone asks what I’m working on. I tell her I’m finishing a story on not nagging my husband for 30 days. With utter sincerity, my husband looks up and says, “Right. When does that start, by the way?”