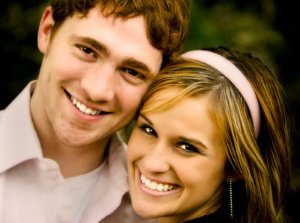 hassle of divorce by giving them an easy exit strategy: temporary marriage licenses.

Leftists in the city’s assembly — who have already riled conservatives by legalizing gay marriage — proposed a reform to the civil code this week that would allow couples to decide on the length of their commitment, opting out of a lifetime.

“The proposal is, when the two-year period is up, if the relationship is not stable or harmonious, the contract simply ends,” said Leonel Luna, the Mexico City assemblyman who co-authored the bill.

“You wouldn’t have to go through the tortuous process of divorce,” said Luna, from the leftist Party of the Democratic Revolution, which has the most seats in the 66-member chamber.

Luna says the proposed law is gaining support and he expects a vote by the end of this year.

Around half of Mexico City marriages end in divorce, usually in the first two years.

I searched online for a marriage definition that would challenge this because my own view is that God designed marriage to last for a life time. Wikipedia, Merriam-Webster, Dictionary.com all have definitions that do NOT include any reference to it being permanent. I think that when they call ,what I view as a temporary civil union, a marriage, they devalue the term.